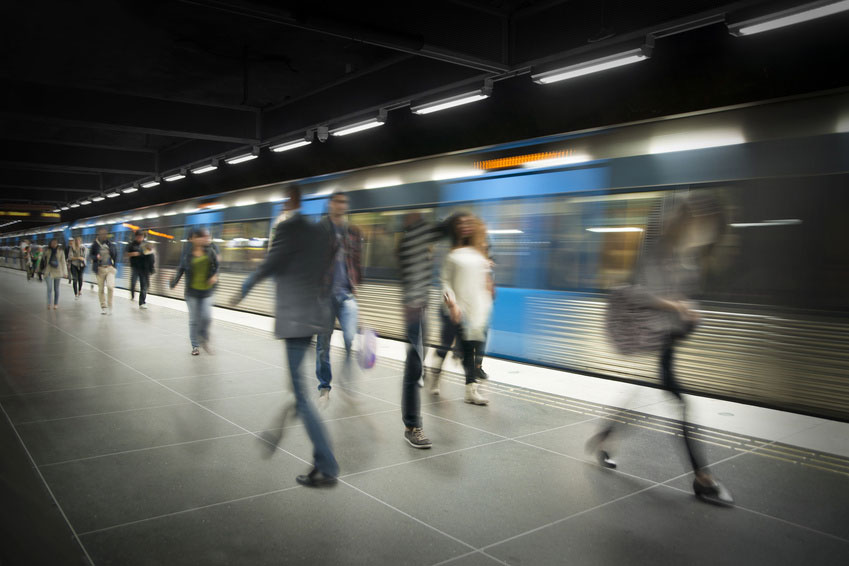 Most of them are multiple drug addicts with a long history of abuse: hundreds of millions are addicted to several caffeine-shots in the morning and afternoon, or they need their drug sugar and its instant hit almost hourly, and many of them are additionally addicted to nicotine and the dozens of other psychoactive chemicals in cigarettes which gives them a short-lived dopamine high and staves off their inherent depression for just a few minutes before the craving starts all over again. A growing number of people are physically addicted to alcohol or other depressants, sleeping pills, stimulants like amphetamines or alkaloids like cocaine, pain relievers, or are psychologically dependent on selective serotonin-, noradrenaline- or dopamine re-uptake inhibitors or various other new antidepressants. And that is only the beginning of a much longer list of substance addictions.

A more recent class of addicts are what I like to call the cybersociaholics – those unhealthily obsessed with abundant yet meaningless communication through a multitude of social networking tools and other communication channels. Compulsively, they check their three or four email accounts, then go to their facebook mailboxes and pinwalls, chat a little while constantly looking up and responding to their sms, Viber, or WhatsApp messages on their smart phones, then maybe an occasional glance at their LinkedIn or XING accounts, then switch and check what happened on their blogs or in their internet dating portals match.com or perfectmatch.com (they don’t just want to be matched, they want to be perfectly matched). Once they finish dealing with the last of their 10-15 communication platforms – not counting landline telephones, one or two mobile phones, their post boxes, or fax machines – they return to the start of the loop. It’s been almost hour .. maybe somebody finally posted something new on facebook? Maybe somebody replied to the blog?

Naturally, the myriads of cybersocioholics are only a subgroup of the larger group of the internetaholics, just like the cyberpornaholics, cyberpokeraholics, and other cybergameaholics. If their internet activities would not be so compulsively restricted to satisfying their respective addictions, they might stumble upon Kimberly Young’s website netaddiction.com, which offers treatment services in the categories “Cyberporn/Cybersex, Online Affairs, Online Gambling, Online Gaming, Compulsive Surfing, ebay Addiction.”

Other media addicts are sticking to a more old school addiction for television or computer games. On TV or in the movie theater they watch action movies or war movies, car races, or professional wrestling to kick up their adrenaline levels like nothing else in their safe and streamlined ‘real’ lives does anymore – and so one way or another they spend half of the time in simulated virtual realities. They belong to the larger class of virtuaholics, which includes everyone addicted to the ever-growing virtual world, a safe and controllable refuge helping them to escape from reality. Wiiholics are the blessed ones in the group of virtuaholics: to outsiders, they may look ridiculous jerking their limbs around in a weird way, but the industry actually made a nice little concession to their human nature by encouraging them to actually move around a bit while perceptually hooked up to their virtual reality, whereas other virtuaholics are usually sitting there like frozen dummies, perceptually hooked to screens showing strangely impoverished glowing colors. Most of them seem to have lost touch with their bodies after suppressing the feeling of a self-inflicted paralysis for years. Yet, their bodies come out of a long evolutionary process which predestinated them to run, hunt, and fight, so now they are all starting to feel uncomfortable and becoming addicted to Ritalin for their attention deficit hyperactivity disorder. Their doctors are usually part of a “health care” system generating money off of turning people into prescription drug addicts rather than actually improving their health. And so they are handed out prescriptions for all kinds of tranquilizers and sleep inducing drugs to force their bodies to keep quiet even after a virtual day in subconscious paralysis on a stylish wheelchair. This health care system is only a part of an entire industry designed to nourish and satisfy the addictions of its consumers – reinforced addictions are magnificent money-making machines.

Sometimes I feel like I need a break from all these addictions and obsessions around me. I fly to Portugal to play at the Bar do Peixe Ultimate Frisbee beach tournament, chase a plastic disc all day long, breathe fresh air, and jump in cool Atlantic water. In theevening, I sit down on top of a sand dune at the magnificent Meco Beach, light up a joint, and watch the sunset. The marijuana high takes me in the here-and-now, and my mind frees itself from the daily hustle, needs, and plans. I breathe. Time is slowing down. I focus on the immediacy of my experience and feel my deliciously tired body, the warm wind in my face, and smell the salty scent of the sea. In this expanded head space, I begin to feel free as if standing on a tower, looking down on my life. My high enables me to perceive patterns in my life and in the lives of others, including our routines, addictions, and obsessions. Vivid memories come up and I can relive episodes long past. Marijuana helps to transport me back into my past. With my enhanced episodic memory, I mind-race through previous experiences, I can see personal developments, stand outside my routines and addictions and identify them as such. And yes, certainly, I realize that many of the addictions described above, like cybersociaholism or virtuaholism, are my own. But now my mind is flying, and my attention doesn’t seem to be drawn away by the usual forces. I feel free like a bird and momentarily liberated from my addictions. The marijuana high helps to break the routines, interferes with my addictions, helps me to step outside of the box, to make conscious decisions on my future behavior, and to get sudden insights. Associations come quickly. New notions occur to me, like “cybersociaholism”, based on my enhanced ability for pattern recognition during a high.

Don’t get me wrong: surely, the fact that marijuana can be used as an antidote for other addictions does not mean that it cannot itself be addictive for some. Marijuana may be generally much less addictive and less toxic than other legal drugs like alcohol or tobacco, and the addiction may be primarily psychological, but it can still be destructive and unhealty. So, well, surely there is a risk of addiction, too. But there is also a risk of getting unhealthily addicted to sex, car driving, or social networking – that does not mean that all these activities bring us harm and have to be prohibited. All these activities can bring us great advantages, if we know how to make good use of them – and I, like so many others, certainly make good use of marijuana.

Recently I was talking to a middle-aged man at a party and mentioned my marijuana use. He looked at me with this typically controlled, yet still visible “Oh-my-God-a-drug-addict!”- facial expression and then he said, fully convinced of himself, “I am not using drugs.” I couldn’t help but smile, looking at the cigarette in his left hand, which also held a glass of Vodka Red Bull. Altogether, this guy was holding a cigarette containing dozens of psychoactive drugs and a drink combining sugar, alcohol, caffeine, Taurin, and nicotine, and yet he was still completely oblivious to the fact that he was under the influence of several highly addictive psychoactive drugs. Advertising and decades of disinformation campaigns had successfully managed to convince him and so many others that there are “alcohol, tobacco, and drugs”- a classification scheme that presupposes that the former two are something other than psychoactive drugs.

For a few long seconds, I just smiled at him and the many psychoactive drugs in his hand. He still did not get it. And then I had an idea. I would just write an essay. This essay. And the next time a workaholic, alcohol-, sugar-, and caffeine-addicted cybersociaholic, virtuaholic, gameaholic or pornaholic would react to my marijuana use so condescendingly, I could just hand him something to think about.

And, yes, admittedly, when I wrote the essay, I was still a little high, and many of the thoughts in this essay originate in high thinking. This is what I find addictive about marijuana. I don’t need it daily or on a regular basis. But whenever I use it, I love the way it frees my mind and how it enables me to develop new ideas. And what do you get out of your addiction?