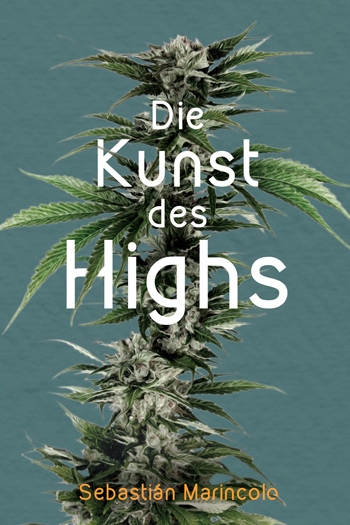 The Art of the High/Die Kunst des Highs

Can we learn how to induce a high that leads to mind enhancements instead of leaving us dazed and confused?

Sebastián Marincolo shows us how cannabis can be used to focus attention, recall past events in detail, recognize new patterns or to enhance our imagination. Based on his interdisciplinary research, he gives practical guidance on how to use these and other mind enhancements to create art or music, better empathically understand other people, enrich one’s love life, to arrive at deep and meaningful insights, and to personally grow.

A must read for everyone who is interested in the psychoactive effects of cannabis!

“Sebastian Marincolo’s work is terrific and is going to make a big contribution to the field.”

“Nobody has ever broken down the nuances of cannabis psychoactivity quite like Dr. Marincolo in what he calls a ‘bouquet of cognitive effects and enhancements.’”

Gregory Frye, editor-in-chief of THE BLUNTNESS

What Hashish Did To Walter Benjamin

What is it like to be high on marijuana? Can a cannabis high help to remember long gone events, to fuel our imagination, to work creatively, to come to introspective and other insights, to empathically understand others, and to personally grow? How much did cannabis inspire outstanding thinkers, artists and musicians like Charles Baudelaire, Rudyard Kipling, Walter Benjamin, Billie Holiday, Diego Rivera, John Lennon, Carl Sagan, Hal Ashby, and so many others? And how much did the marijuana high positively transform our society?

“What Hashish Did To Walter Benjamin – Mind-Altering Essays on Cannabis”  is a collection of 20 groundbreaking neurophilosophically inspired essays on the astounding positive potential of the cannabis high. The essays summarize more than ten years of Marincolo’s research and are written for a wide audience. This deep new exploration of the marijuana high as an altered state of consciousness addresses educated marijuana users and their relatives, medical cannabis professionals and patients, as well as neuroscientists, psychologists, and philosophers interested in the subject of altered states of consciousness.

“I agree with Marincolo’s argument about the connection between Benjamin’s meditations on hashish and his meditations on art in the Work of Art essay and elsewhere. I believe, as Marincolo suggests, that there are a good many connections with other areas of Benjamin’s thought as well (…)”

Howard Eiland, lecturer at MIT School of Humanities, Arts and Social Sciences, co-editor of Benjamin’s Selected Writings and author of a biography on Walter Benjamin 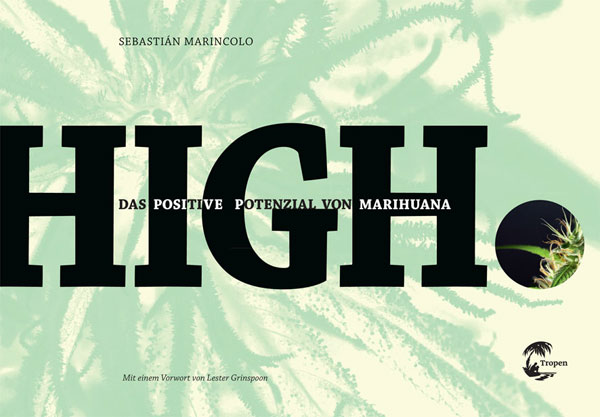 Does marijuana have a potential to lead to introspective and empathic understanding? Can it help users to generate creative ideas and valuable insights? To see new patterns and to retrieve distant memories?

Philosophers, writers, and many other influential thinkers from like William Butler Yeats,  used cannabis as a source of inspiration. The world famous astronomer and popularizer of science Carl Sagan claimed that marijuana helped him to gain many deep insights which he often used in his publications.

In seven essays inspired by neuroscience the philosopher and photographer Sebastián Marincolo delivers new and groundbreaking explanatory approaches drawing on recent interdisciplinary research from the philosophy of mind as well as from neuroscience and other cognitive sciences. HIGH. The Mind-Altering Potential of Marijuana features dozens of fascinating reports from marijuana users about their experiences with marijuana as a cognitive enhancer. Based on more than a decade of research also in close cooperation with Carl Sagan’s best friend, Harvard Prof. Emer. Lester Grinspoon, one of the world leading experts on marijuana, Marincolo develops groundbreaking new hypothesis and explanations of how cannabis effects higher cognitive functions. His fine art macro photography series of marijuana strains based on deep-focus-stacking technology brilliantly complements the unusual intellectual perspective on the positive mind-altering potential of marijuana. The book also includes a foreword written by Lester Grinspoon

Available in German only.

“It was not until some years after I began these studies that I initiated personal use of marijuana and I gradually began to discover its capacity to enhance some of my capabilities. I have now arrived at the point where I view this substance as a nature-given blessing. And I am thankful that Sebastian Marincolo has provided us with his timely “High. The Positive Potential of Marijuana” which, as the reader will discover, does much to illuminate this wonderful phenomenon.”

“Marincolo’s book is great evidence that he has further developed a theory of consciousness taking a highly original path. Good philosophers are as comprehensible as possible – they have arguments and do not need to hide anything. It is wonderful to see how his photo art contributes to his research; the photos are magnificent. I have read the book and enjoyed watching the photos with much delight.”

“In many places, Marincolo’s arguments profit from the fact that the philosopher has a specialization in the cognitive sciences. Also, Marincolo’s lovely photos of the plants are stunning; magic floral details, wet chlorophylic dreams.”

Arno Frank, journalist, in a review for the SPIEGEL-ONLINE, one of Germany’s biggest online news resources 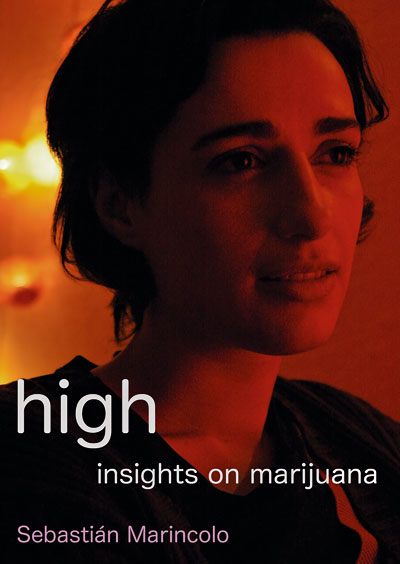 Is it true that a marijuana high can lead to profound insights, as many users have reported? The investigation High. Insights on Marijuana explains in depth the different ways a marijuana high can lead to insights as well as to other mind enhancements, such as the enhancement of episodic memory, pattern recognition, imagination, creativity, introspection, and our ability for empathic understanding of others.

Countless fascinating reports given by marijuana users and cutting-edge research from various areas of knowledge help Marincolo to take our understanding of the cannabis high to a new level. His unusual study is a thoroughly accessible interdisciplinary tour de force through the current cognitive sciences, evolutionary psychology, neuropsychology and the philosophy of mind. High. Insights on Marijuana offers a revolutionary new perspective on the mind-enhancing potential of marijuana and takes his readers to a voyage deep into the high mind.

“I’m loving it! Wow. What an amazing, important work! Your book is such a treasure – a unique resource. Such a definitive statement of everything I’ve been thinking when it comes to marijuana … I now understand the benefits that Norman Mailer, Carl Sagan, and Richard Feynman got from Marijuana.”

“Marincolo’s writing and manner of thinking are excellent – I am enthusiastic about recommending his work.”